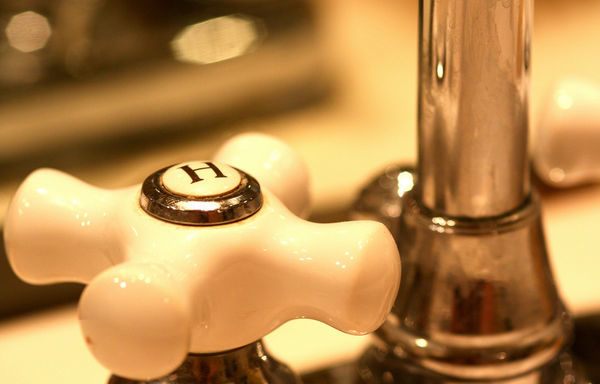 A few years ago I was convinced that services you receive – whether it was buying goods or paying for a plumber or decorator – would always consist of two parts. The first part would be the product you’re receiving and the second, probably the most important and most defining part  would be experience you’d received.
Today with hundreds of suppliers offering the same products within similar price ranges, you’ll  find the most defining part of selecting which supplier to choose would be the ones that provide the best experience. Human nature dictates that we all want to feel important, cared for, respected and understood.

With the current state of the market – the credit crunch, cuts and redundancies – many suppliers have automated as many processes in an attempt to reduce running costs. I am still convinced that if you offer a solid product, the only thing that distinguishes you from your fellow suppliers is.

At famous airline company they coined a phrase called ‘moments of truth’, moments of truth were points where customers interacted with the company. Points such as ordering a ticket, shown to your seat on a plane, received your meal and disembarked at your destination.

There are other, are not obvious, moments which I I regard as ‘ moments of courtesy’ such as enquiring how you are, politely noticing if you need help with anything and treating you with respect and in some cases a level of importance.

Last week I found my boiler stopped working, bursts of warm water but no hot water. Fortunately I have in place, as most of you do a maintenance contract. I remember using this contract about two years ago and received excellent service, hindsight tells me that the boiler wasn’t as old as it is now.

I was surprised when the engineer turned up two hours after I made the call, I must point out this was a Sunday afternoon. The engineer managed to get the hot water running but said I needed a specialist plumber to replace faulty switch, he left saying he would organise this as soon as possible. I was content, the service I received was just as I expected.

The following morning an engineer telephoned to let me know he’d be there on Tuesday morning, I’d advise the engineer to telephone me 15 minutes before he turned up – this would give me a chance to leave work and get home in time (on my trusted Brompton).

Tuesday morning came round, I received a telephone call from quite an abrupt engineer who said he was parked outside and asked where I was and I that should organise parking for him. I let that go, got on my bike and shot home.

I organise parking, took the engineer upstairs, where he looked at the boiler and said ‘I don’t have the parts, have to order them, they take seven days to arrive and you have to wait’, with that he also said that this was not his job, he as doing it as a favour for a mate and he left.

Fortunately I had hot water and thought that I leave it until they got back to me. About week later the supplier rang me and said the costs of parts, repair, engineers time and the congestion charge was higher than my policy would cover. They wanted another £300 to continue the work.

As you imagine I didn’t let that lie, I must of spent a total two hours over the next four days letting them know where they were going wrong.

It’s times like this I really stand by what I believe when I talk about service consisting of two parts. The product you receive and the journey you travel – the experience.

The extra cost doesn’t bother me, it’s the approach and behaviour of the supplier. It appears that the maintenance company had recently outsource all their second and third line work out to a group of companies not connected to the parent company.

I guess the engineer received the job, turned up and took it from there. It’s a shame – an opportunity had been lost – he could of picked up the background from the previous engineer.

Since I knew what parts needed to be replaced, I decided to shop around. I now have a trusted relationship with a local plumber, who is very polite, honest, remembers my name and did the job for a third of the cost.

It amazes me that suppliers have lost their grasp of the ingredients that makes up ‘good service’ – let’s hope this doesn’t get them into hot water!