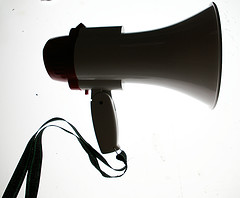 To get the message across I have been told that you should share it three times although experience has shown that during periods of stress and pressure this number needs to be greater.

Recently I was made aware that an external website, that stored personal logins with passwords, had been compromised and unfortunately been released for all to see.

I was keen to ensure that members of staff, who fall into the trap of using the same passwords for all websites they register with, were made aware. With this information hackers use compromised login ids and passwords to gain access to a variety of the popular websites.

The message was simple, be vigilant, use different login ids and different password for different websites and if a site has been compromised change the passwords immediately.

Ever eager to develop my team, I’d asked my internet security officer to draft a release to be sent to all staff.

Trying to avoid ‘reinvent the wheel’ I requested that they referenced a two month old communication titled ‘Getting safe online‘ as background, so not to alarm everybody but to link this current compromise with inherent common sense when using the internet.

Excuse me while I go off on a tangent.  I enjoy cooking, following recipes implicitly to ensure I can recreate a great mouth-watering dish – but it never comes out looking or tasting the same.

We all assume by following shared conventions and techniques that we can reproduce what we see and follow, but it never ends up as we expect – may be we are not given enough guidance – specific guidance.

Keen to follow the recipes word for word, I worryingly question what is meant by ‘cut 3 or 4 carrots into small chunks‘ –  how small is ‘small’, 1cm by 1cm by 1cm. What also adds some confusions is carrots unlike a pint of milk comes in different sizes, so do I use 3 large carrots or 4 small carrots?

‘Stir vigorously for five minutes‘ – how vigorous is vigorous, is it a case of applying lots of strong pressure or rapid pressure with speed or both?

Again by following the recipe you hope your dish turns out like it looks in the picture but it never does?

Back to the communications, the draft piece was ready, unfortunately it was full of jargon and what I call ‘scare statements‘, it also made lots of assumptions that the consumers of the release would understand what was meant by ‘the internet was full of spammers, phishers and malware ‘

Having redrafted the release and circulated it internally for proofing  – my internet security man was not happy with the changes.

I am always aware of the audience I communicate with and their level of comprehension and attention-span in reading anything sent out from their service or technology teams.

After openly hearing the objections from my security guy, which could be subtitled ‘we are here to tell them what they should do‘ – I asked:

Was this a personal view or decision based upon understanding the comprehension and understanding of the audience it was aimed for?

After several disillusioned minutes we agreed that we should target all communications, particularly when we are letting them know of the risks while advising them what to do?

Similarly to following a recipe the proof is in what it looks like and what it tastes like.

Not as a recipe – Here are some of the rules I follow:

As with following recipes which don’t advise you literally what to do – the only option available is to keep practicing.