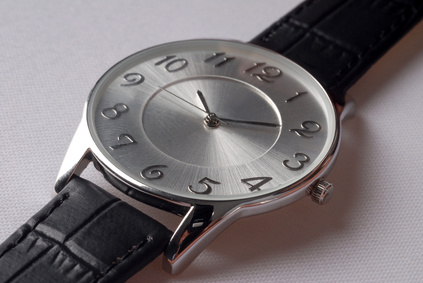 Let’s forget about how exciting new tech, devices and cutting edge gadgets are and focus on how you can increase your productivity through the use of such devices.

Productivity doesn’t come naturally, as a child you are ‘trained’ to finish your homework before it had to be in, finish your dinner before you leave the table and make sure you were in before it got dark. The focus was always on the ‘end’, and not what you had to do to get there.

As an adult, similar rules apply except you are also monitored, by others and yourself, through the process to get to the end. The focus is about priorities and how you completed the task.

Productivity is a unusual discipline, you don’t naturally plan to be productive but are asked to review your productivity although sometimes it’s too late. Your productivity is set and based on a combination of how you’ve learnt to get things done and the pastime of finding the easiest way to get there.

This is not a blog about defining what productivity is or how to best prioritise your time to be most productive except to say that the first step would involve looking at what you do and how you do it – as a pre-reflective exercise.

I’m a real fan of technology, an early adopter and can’t deny that I’m a great follower of what’s new and current in the digital carry and wearable world of devices, but I’m forever trying to justify my purchases in someway or another.

They always say you’re never good at taking your own advice, but slowly I look for the underlying trend and benefits in new wearable tech. I hear myself saying ‘don’t put the tools in front of the rules’, managing engineers for the last two decades has taught me not to rise to the excitement when a new technology gadget (business related rather than consumer) is launched, only spending time finding a use for it … I recall several years ago upsetting an engineer after they spent couple of minutes explaining the virtues of a new technology only to be left  with me saying ‘that’s all very well, but will anyone use it?’

Look don’t get me wrong, there is a place for this although the focus should be on the needs of consumers and users of technology.

Buying such carry and wearable devices for the sake of being an early adopter has its place although the general drive to wear technology such as glasses and watches can be seen as false economy unless it is productive for the early and late majority of buyers. The future is not about glasses, watches or eventually rings … it is about product experience and taking a device centric approach may be a recipe for failure without considering its use to make life much more productive and easier.

What makes all my devices useful is that they make me much more productive, initially they all speak to each other – watch to phone, to tablet, to laptop and to my desktop. They all interact with each other and pick up where I left off on one device and picks up on another. Apps have gone the same way, what I use on my desktop and I can use on my tablet.

This is where the magic starts! It relates to our journey with each device, as the work and content we place on one device and how it displays on another.

When buying the new Apple watch, lots of friends mentioned that the screen was too small to work on – absolutely I agreed .. ‘so why buy it?’ I’d be asked.

Well let’s look at iPads and Blackberrys.  When colleagues and members of staff are using PCs and laptops to word-process or edit spreadsheets, I am often asked if there is any way of editing documents on the iPad or Blackberrys. Yes, there is a way, but often I ask do you really want to do that?

It’s all about being productive, as human beings (myself included) I can spend several hours working on a desktop computer but can only work on a tablet for 30 to 40 mins, whereas on my iPhone I can only concentrate for 5 to 10 mins.

Now based upon these figures, I can work on my desktop 2 to 3 times a day, on my tablet 4 to 5 times a day and on my iPhone anything up to 20 times a day, the point I am making is that my time is about being productive.

To answer this question, I looked at why I look at my iPhone 20 times a day? – I use it to check my emails, check where my next meeting is or quickly web browse a subject matter where I need a quick answer.

When my Apple watch turned up, the question I asked was how can use this to make me more productive each time I look at it?

I realised that the Apple watch was almost intuitive and showed me what I needed to see and only that and no more.

When a text message arrived on my phone, the Apple watch displayed the message and gave me the option to reply or ignore it. Similarly with phone calls, where I can take the call on my watch or ignore it.

I recall my wife calling whilst I was cooking, a little while after I started using the Apple watch. I answered the call on my watch and continued a conversation without using my phone, continuing to prepare dinner – who said men can’t multi-task! During the conversation, my wife asked why I was shouting … a initial natural behaviour when first using your watch to talk to someone … I’ve toned it down since then.

Going back to the title of this article – What’s your watch got to do with being productive? – quite a lot, I look at my watch about 100 time a day, most of the time to see the time, look who has called me, respond to text messages or review my next appointment as the reminder pops up 15 minutes before a meeting.

As tech devices get smaller and are much more wearable – thought needs to be given to how productive they are and how to adapt them so they maximise your organisation and personal productivity.